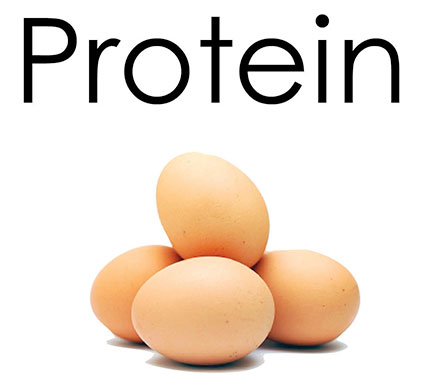 The body breaks down the proteins we consume from foods into amino acids. Amino acids play central roles both as building blocks of proteins and as intermediates in metabolism. The 20 amino acids that are found within proteins have a vast array of chemical versatility.

Your biochemistry is defined by your amino acid assimilation. Many mental and physical disorders can be corrected or addressed by consuming the right amino acids from the foods your body is looking for.

Why do I need them?

What happens if I don’t have them?

In general, if you’re deficient in any particular amino acid, your body won’t be able to synthesize the full range of chemicals it needs for proper function. Depending on the amino acid you’re deficient in, this can have very noticeable symptoms, or not so noticeable symptoms. Some of the chemicals that the body produces aren’t absolutely necessary for daily function. Things like digestive enzymes, hormones, and neurotransmitters like serotonin can begin to decline without a huge amount of symptoms or side effects showing up. A person might just feel off, always tired, and irritable and not know why.

So people suffering from an amino acid deficiency might also experience a corresponding deficiency in something like serotonin or digestive enzymes without really knowing it. There can definitely be some symptoms that show up, but these are difficult to pin down and can be very difficult to trace back to an amino acid deficiency. Amino acid therapy was once a popular treatment for a variety of ailments, but has fallen out of favor in the modern age, in lieu of prescription drugs, which only mask the symptoms of ailments, rather than fix the root problems. Amino acid therapy was once (and still can be) one of the major treatments for depression and you’re probably now starting to see why that is. Your mood, metabolism, and many other things can all be affected by amino acid deficiency.

Depression and Mood Issues -- Depression and mood swings are one of the most common symptoms of generalized amino acid deficiency. As we talked about in the last section, complex brain chemicals like serotonin and dopamine are some of the first compounds to suffer as a result of amino acid deficiency. This can very easily alter your state of mind, your attitude, mood and your emotions in a negative way.

Inefficient Digestive System -- Without the proper amino acids, the body has a difficult time producing enough digestive enzymes and other compounds that help the body to properly digest, absorb and transport food. This doesn’t occur with just digestive enzymes either. There are two types of enzymes used by the body, digestive and metabolic.  There are also many thousands of different enzymes. So a deficiency in one or more amino acids can cause a deficiency in the body’s enzyme supply.

Chronic Fatigue -- In the absence of amino acids, the metabolism generally slows down quite a bit in an effort to conserve resources. This manifests itself in chronic fatigue and lack of energy. This makes sense logically because when running at peak efficiency, the metabolism uses a lot more chemicals than it does when running at minimum efficiency. So in order to conserve essential compounds, the body limits the number of reactions that occur and as a result, fatigue sets in.

How do I get them?

Protein is a very personal thing… Each of us require different proteins and at different times… Studying the Five Signal practice can teach you how to sense which ones are best for you. It all comes down to YOU in this very moment and listening to your Enteric Communication System, sense of taste and smell… in other words WHAT DO YOU CRAVE??

The Key to digesting many proteins is to eat only one kind at a time and regardless of what it is, to chew it till it's a liquid that has fully mixed with your saliva. This prepares the digestive acids in your stomach to complete the process. If your signals are for cooked animal proteins – i recommend you eat them Mono with nothing else or with some clean simple leafy greens. Raw Salt and Fats and some honey added are fine and a great Five Signal SynergyEffect secret for getting the Satisfaction Signal. 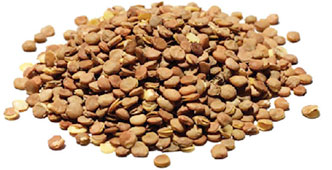 Where do I get it?

My first pick for proteins are:

ZoeTein - This is Exsula's premium living raw enzyme rich Protein blend. It is amino acid rich. We have it here!

Epic Protein Green Kingdom - another great comprehensive blend including all essential and non essential amino acids. It has wheatgrass, spirulina and spinach.

Epic Protein Rice Powder– top of the line sprouted bio-fermented rice protein powder. Very smooth, no sugar and very easy to digest for about 95% of the people I’ve worked with. It can be very grounding. Excellent when mixed with the Original Himalayan Salt. It's amino acid Profile is very balanced (due to sprouting). I mix it with hemp protein. 3:1, three part Epic to 1 part hemp.

Hemp Seeds – Hemp Protein – Hemp Butter – Look for raw organic. Some hemp
protein powders include a balance of hemp fiber. I like this as it helps with digestion.

Sprouted / soaked almonds, beans and legumes – Raw and organic.
Amazing raw potent dense in nutrition and great for a salad with avocado and lots of omega oils!

Amino acid isolates - I rarely recommend these as they are chemicals made in a lab. Some people's bodies are so sick and their digestive system is so compromised that these isolates can initially be the best way to get the amino acids back in to the body. Eventually the Epic protein can often become digestable.

Fresh organic or natural grass-fed (not frozen) beef, lamb, bison – These are free of antibiotics and steroids and fed what they would eat in the wild. Whole Foods Market or many other health foods stores and sometimes even mainstream supermarkets.

Fresh organic or natural (not frozen) chicken, turkey - These are free of antibiotics and steroids and fed what they would eat in the wild. Whole Foods Market or many other health foods stores and sometimes even mainstream supermarkets.

Fish - I personally feel our waters have become too polluted to eat fish. Also humans have developed the technology to scour the oceans and we are now down to the last 3% of our entire planets fish supply. This is sickening to me and I want nothing to do with it. I eat fish when my body says it really requires it or when I have no other choice.

Nuts, beans, legumes, grains, eggs, and dairy are sources of protein… organic is the best choice.

Although proteins from plant sources tend to have a relatively low biological value, in comparison to protein from eggs or milk, they are nevertheless “complete” in that they contain at least trace amounts of all of the amino acids that are essential for human nutrition. Eating various plant foods in combination can provide a protein of higher biological value

The amino acids regarded as essential for humans

are phenylalanine, valine, threonine, tryptophan,isoleucine, methionine, leucine, lysine, and histidine. Additionally, cysteine (or sulphur-containing amino acids), tyrosine (or aromatic amino acids), and arginine are required by infants and growing children. Essential amino acids are “essential” not because they are more important to life than the others, but because the body does not synthesize them, making it essential to include them in one’s diet in order to obtain them. In addition, the amino acids cysteine, glycine, glutamine, histidine, proline, serine and tyrosine are considered conditionally essential, meaning they are not normally required in the diet, but must be supplied exogenously to specific populations that do not synthesize it in adequate amounts.

An example would be those with the disease phenylketonuria (PKU). Individuals living with PKU must keep their intake of phenylalanine extremely low to prevent mental retardation and other metabolic complications. However, they cannot synthesize tyrosine from phenylalanine, so tyrosine becomes essential in the diet of PKU patients.

The non-essential amino acids that we can produce

alanine, asparagine, aspartic acid, cysteine, glutamic acid, glutamine, glycine, ornithine, proline, serine and tyrosine. Tyrosine is produced from phenylalanine, so if the diet is deficient in phenylalanine, tyrosine will be required as well. The distinction between essential and non-essential amino acids is somewhat unclear, as some amino acids can be produced from others. The sulfur-containing amino acids, methionine and homocysteine, can be converted into each other. 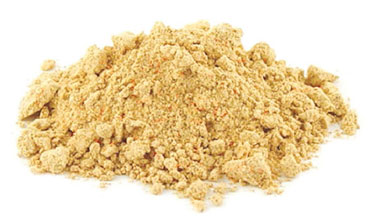